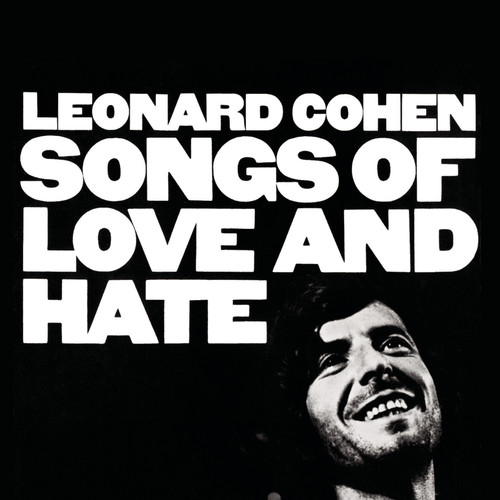 ''Songs of Love and Hate'' is Canadian singer-songwriter Leonard Cohen's third album. It was mainly recorded in Columbia Studio A, Nashville, from September 22 to 26, 1970. "Sing Another Song, Boys" was recorded at the Isle of Wight Festival on August 30, 1970. Further recording took place at Trident Studios in London. The album reached #145 on the Billboard list, but was his most commercially successful album in many other parts of the world, reaching #4 in the UK and #8 in Australia.

The album title is descriptive, outlining its main themes. The songs contain emotive language and are frankly personal; "Famous Blue Raincoat" ends with the line "Sincerely, L. Cohen". The back cover of the album bears the lines:

''They locked up the wrong man''

A remastered CD was released in 1995. Simply Vinyl issued a short-lived remastered edition on vinyl in 2002, making it the last Cohen album (aside from ''Ten New Songs'', which was pressed in limited quantities) to go out of print on vinyl.

In 2007 Columbia/Legacy released a newly remastered CD with a new book style packaging and a bonus track: a 1968 recording of ''Dress Rehearsal Rag''.

In 2009 the album (including its bonus track) was included in the 8-CD box set ''Hallelujah - The Essential Leonard Cohen Album Collection'', issued by Sony Music in the Netherlands.