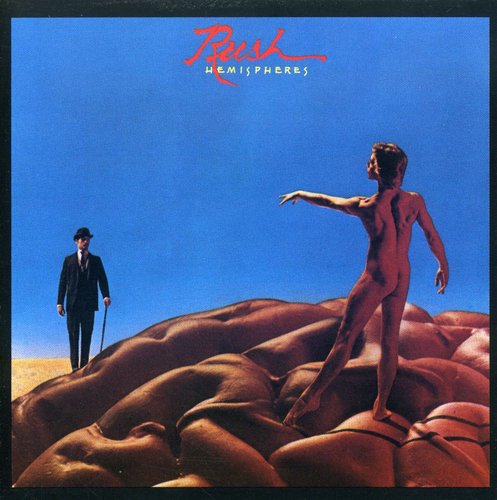 ''Hemispheres'' is the sixth studio album by the Canadian rock band Rush, released in 1978. The album was recorded at Rockfield Studios in Wales.

This album continues Rush's trend of using the fantasy and science fiction lyrics written by Neil Peart. Similar to their 1976 release, ''2112'', ''Hemispheres'' contains a single, epic song broken into chapters as the first half of the album ("Cygnus X-1, Book II: Hemispheres") while the second half contains two more conventionally-executed tracks ("Circumstances", "The Trees"), then is rounded out by the nine-and-a-half-minute instrumental, "La Villa Strangiato".

The album contains examples of Rush's adherence to progressive rock standards including the use of epic, multi-movement song structures, complex rhythms and time signatures, and flexible guitar solos, like those found in "La Villa Strangiato".

''Hemispheres'' was Rush's fourth consecutive Gold album upon release in 1978 and would subsequently go Platinum in the US.

For a short period of time, the album was released on Canadian red vinyl in a gatefold sleeve with poster (catalogue number SANR-1-1015), and as a limited edition picture disc (catalogue number SRP-1300),both have which become much sought after collectors items