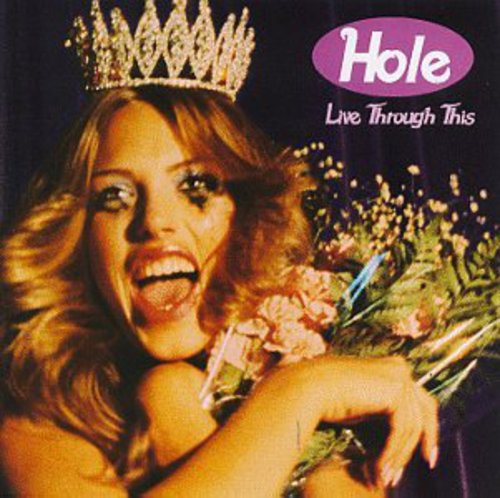 Live Through This
Artist: Hole
Format: CD
New: Contact us for availability
Wish

''Live Through This'' is the second studio album by American alternative rock band Hole, following the band's debut album, ''Pretty on the Inside'' (1991). It was released by Geffen records on April 12, 1994, just four days after frontwoman Courtney Love's husband, Kurt Cobain, was found dead in their home. It was also bassist Kristen Pfaff's last musical collaboration before her death in June 1994.

The album contained five singles, including "Doll Parts" and "Violet" which garnered the most critical attention and highest-ranking Billboard positions, with "Doll Parts" reaching number 58 in the Billboard's Hot 100 as well as peaking at number 4 in the top Modern Rock Tracks.

The album received unanimous critical acclaim, and is often regarded as Hole's best album, and as one of the greatest albums of all time,, selling over two million copies worldwide and going multi-platinum within a year of its release. ''Rolling Stone'' named it the best album of 1994, as well as later awarding it a spot on their list of ''The 500 Greatest Albums of All Time''. - Wikipedia