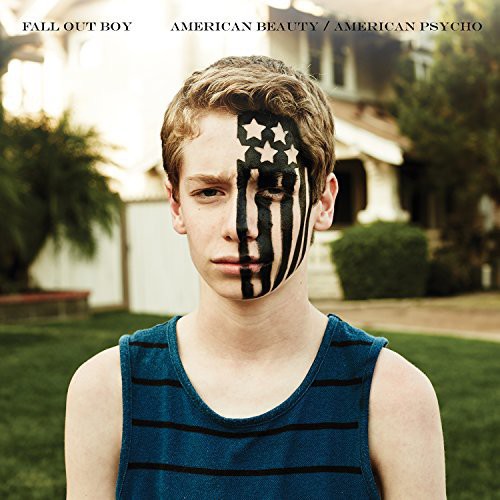 American Beauty/American Psycho is the follow-up album to the bands gold-certified fifth studio album Save Rock and Roll, which debuted at #1 on the Billboard Top 200 and #1 on iTunes in 27 countries upon its April 2012 release.

Fall Out Boy has also written the song Immortals, featured in the Golden Globe-nominated Disney hit movie Big Hero 6, which topped the box office upon its November 7 release and has already surpassed $120 million at the domestic U.S. box office and topped $4 billion globally. Of the song, the Los Angeles Times writes, With its larger-than-life digitally enhanced riffs, consider it the rock n roll song as pep talk.

Hailing from Chicago, Fall Out Boy Patrick Stump (vocals/guitar), Pete Wentz (bass), Joe Trohman (guitar) and Andy Hurley (drums) has appeared on the cover of Rolling Stone and other prestigious publications. They have performed on Saturday Night Live, The Today Show, America s Got Talent, The Voice, Late Night with Jimmy Fallon, The Tonight Show with Jay Leno, Conan, The Late Show with David Letterman, Jimmy Kimmel Live and many more.