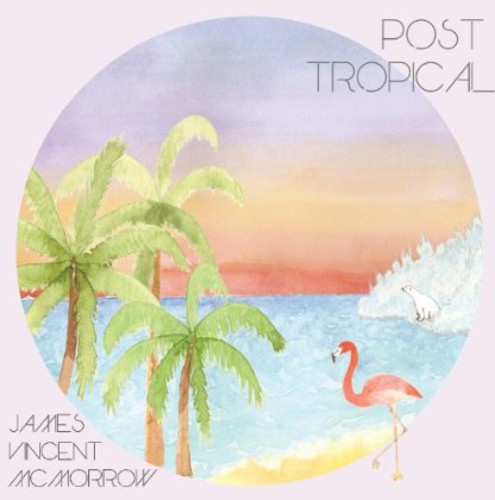 Written, produced, and performed entirely by McMorrow, Post Tropical was recorded on a pecan farm half a mile from the Mexican border located between El Paso and ruthless bustle of Juárez.

Built up slowly and spontaneously from hundreds of non-linear sound files and lyric pages, the result is 10 stunning, meticulously crafted original songs. Its broadened horizons may come as a surprise to everyone but McMorrow himself, who has harbored a lifelong love of hip-hop and atmospheric R&B. "I wanted to give this record the feel and movement of the R&B records that I love." he says.

It's a step forward that is immediately apparent on album opener and first single "Cavalier" a brooding twist on the Slow-Jam, which builds quietly from hushed keys and hand-claps to soaring brass, beats and McMorrow s idiosyncratic falsetto. Across the album, the sounds and melodies evolved from a painstaking process of building texture: there are 808s on the haunting "Red Dust," looped piano on Looking Out , and 50 mandolins made to sound like a waterfall on "The Lakes."

Post Tropical is the follow-up to McMorrow's acclaimed 2011 debut album, Early in the Morning and earned McMorrow a #1 debut, a Jools Holland performance, and platinum certification in Ireland. "I'm so proud of that album, but I never longed to be a guy with a guitar,"; says McMorrow, "The texture of this record is completely different."