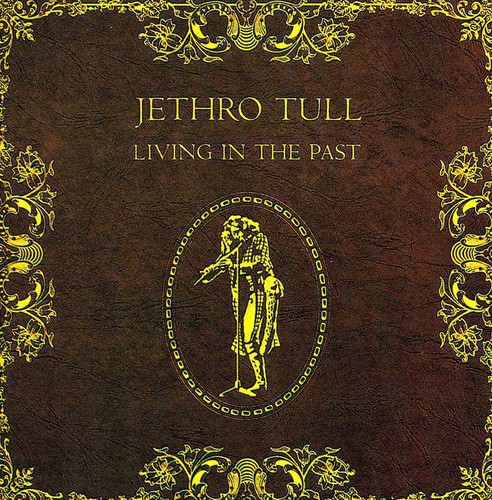 ''Living in the Past'' is a double album quasi-compilation collection by Jethro Tull which contains album tracks, outtakes, the "Life Is A Long Song" EP, and a number of singles and b-sides. Many of the tracks only appeared as British releases before being compiled on ''Living in the Past'' for the first time in the American market. The album was named after the single (released in May 1969). The album was released in an elaborate gatefold packaging that contained a large colour photo booklet with over 50 photos of the band - subsequent CD reissues contain only a fraction of these pictures. Two songs, "By Kind Permission Of" and "Dharma for One," were recorded live at Carnegie Hall.

Differences in the song selections between the US and the UK editions of the album resulted in several different tracklistings for newer CD versions. A 1994 CD reissue omits several songs from the original in order to reduce running time to fit the album on one disc ("Bouree" and "Teacher" are not present on either the US or the UK editions). However both countries' versions do include "Inside" (which was not on the original vinyl release). The British version omits "Alive and Well and Living In", whilst "Locomotive Breath" is not on American editions. A 1997 two-disc Mobile Fidelity Sound Lab reissue contains every song selected for the compilation, including the ones that were added later and the ones that are region-specific.

The album peaked at #3 on the Billboard 200 charts and went gold not long after its release. The title track from the album became Tull's first top 40 hit in the United States, reaching #11, a full three years after it performed well in Britain.

Since 2001, many of the singles and B-sides appear as bonus tracks on the expanded Jethro Tull CDs. To date, no other CD contains "Wond'ring Again", "By Kind Permission Of", or the "Life Is A Long Song" five-song EP, which comprise tracks 3-7 on side four. - Wikipedia