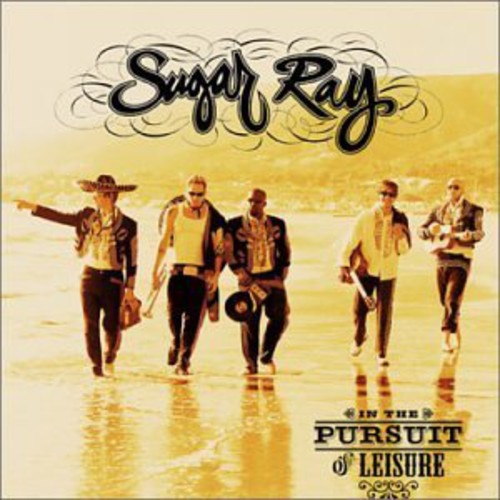 ''In the Pursuit of Leisure'' is Sugar Ray's fifth studio album. It features the single "Mr. Bartender (It's So Easy)", a song which includes samples from both Sweet's hit "Love Is Like Oxygen" and Midnight Star's hit "No Parking (On the Dance Floor)." - Wikipedia

This collection of twelve catchy, innocuous trifles is sounmemorable that it's tempting to accuse Sugar Ray of having run out of ideas.But of course, we all know the band never really had any ideas in the first place.That didn't prevent hits like "Fly" or "Every Morning" from being fun in a disposable,summery way; in fact, the pleasure the band took in the familiarity of their hookswas part of what made them attractive. After overcoming an unfortunate metal-skabirthing, the quintet came up with a good shtick—in real life careerist musicianswho'd wanted nothing less than platinum since adolescence, they posed as a bunchof good-natured journeymen who'd lucked into fame, swaddled in layers of cuddlyself-deprecation. A surefire gimmick, that—just ask Huey Lewis and the News.

Butthey're having less fun with other people's ideas on their fifth album. PlacingJoe Jackson's average guy whine "Is She Really Going Out With Him?" in the mouthof hunky front man Mark McGrath could be good for a laugh, but they play it sostraight you start rooting for the ugly dude. Elsewhere, Shaggy stops by to pickup a check on "56 Hope Road," throughout the beats are dancey without ever riskingany sort of funk-derived patterns, and DJ Homicide—does somebody in the band owethat guy money or something? In an age of one-hit wonders, here's a rarity—a bandthat tires of its music before its audience does.
This website uses cookies to personalize content and analyse traffic in order to offer you a better experience.
I accept Learn More
back to top